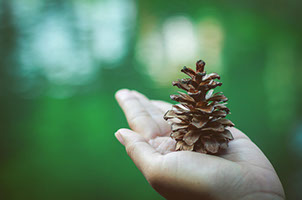 With this competition, we aimed to tell the cosmetic plants of Anatolia, the effect of these plants on the understanding of beauty and healing and the value in the cosmetics sector. It was an intense participation in this activity that we were hoping to leave a value to future generations.

Derviş Zaim, Coşkun Aral, Uğur İçbak, Ozcan Yüksek, Ferhat Kazancı, Müge Boz, Didem Balçın, Prof.Dr. Dr. Hüsnü Can Başer, Günnihal Demir, Oyaayman and Tevfik Başer were the jury who are among the most important names of our country. The films were evaluated by the members of the jury and Mehmet Ozturk received the first prize with the film “Plateau”.

Çağatay Çelikbaş won the second prize with the “Hidden Paradise” , while Anıl Can Uğuz received the third prize with 'Berceste'. 'Lisinia' film by  Yiğit Erkol and 'Healer Ana'  by Durdu Kemal Ulun film was awarded the honorable mention. The special prize of the jury is was given to 'Blue Compass' movie by Evrim Inci.

Prominent names in the cosmetics sector, chemistry, environment and media  attended to the Anatolia Plants" themed short film contest award ceremony which Held for the first time in Turkey.